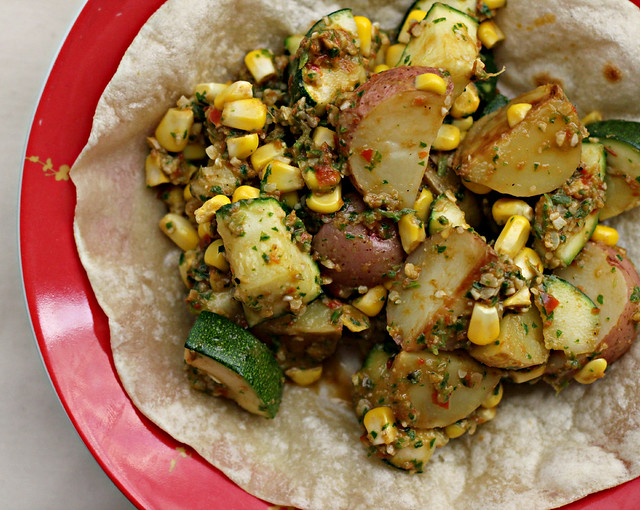 My parents’ fridge is always “stocked”.  By which I mean, there’s a sixty-gallon tub of mayo, at least four bottles of ketchup, and multiple mustard containers with varying degrees of crusting going on in their lids sitting in there at all times.

Is it any wonder, then, that I grew up totally condiment averse?  That the little packets that come with just about any take-out meal give me nightmares?  (Ummm unless we’re talking soy sauce. Which I could, and sometimes do, drink straight.)  That I gag a little bit at the sight of those signature squirt bottles?

Right now I bet you’re seriously amazed that I had any friends growing up. Yeah, me too. 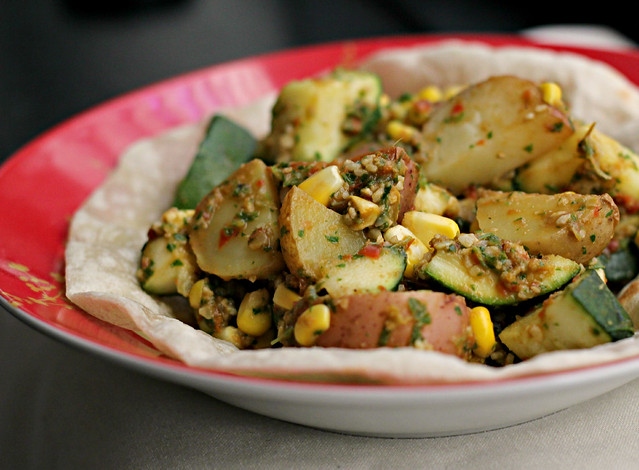 After years of dry sandwiches, boring burgers, and less-than-stellar tacos, I’ve worked myself up to the point where I can allow sauces on my foods.

And now, romesco sauce can be added to that list.  Infused with bell peppers, tomatoes, and almonds, it’s no wonder that this puree was pretty much love at first spoonful(s).  (I had to “taste test” it at least five times to be sure I liked it. Obviously.)

I have grand plans to smear it on everything I eat, love and cherish (friends and family – be wary if I come at you with a spoon), but first up was these tostadas.

Inspired by the recipe for Roasted Potatoes with Chicken and Romesco Sauce from the Food Matters Cookbook, which was Mireya’s Food Matters Project choice for this week, I decided to roast just about every veggie I had in my fridge, toss them with this romesco sauce and then place them atop a crispy delicious Tortilla Land tortilla.  And thus, these tostadas were born,. 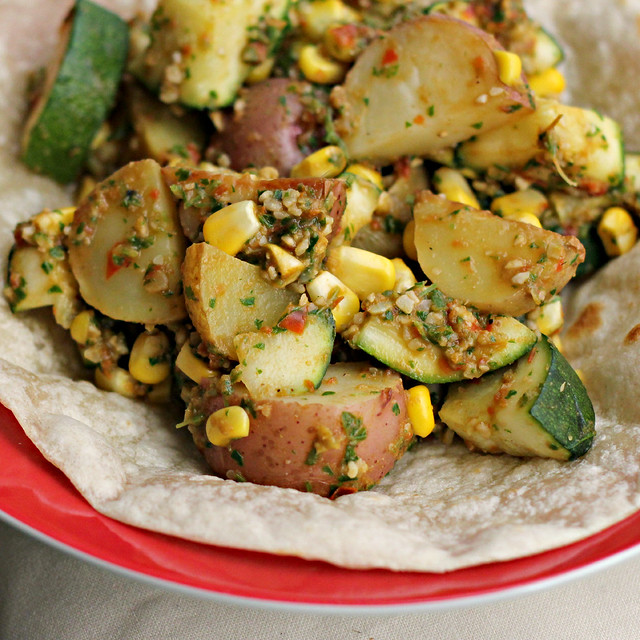 Both light and satisfying at the same time, these make for an excellent summer meal.

And while they won’t necessarily cure me of my mayo/mustard/ketchup disdain…they’ve at least given me one more sauce that I can use to lubricate my food.  And/or eat straight from my fridge for a midnight snack.

Obviously they’re not helping with the not-being-a-weirdo-at-the-lunch-table thing.  Oh well. Whatever.  Fitting in is overrated anyway. 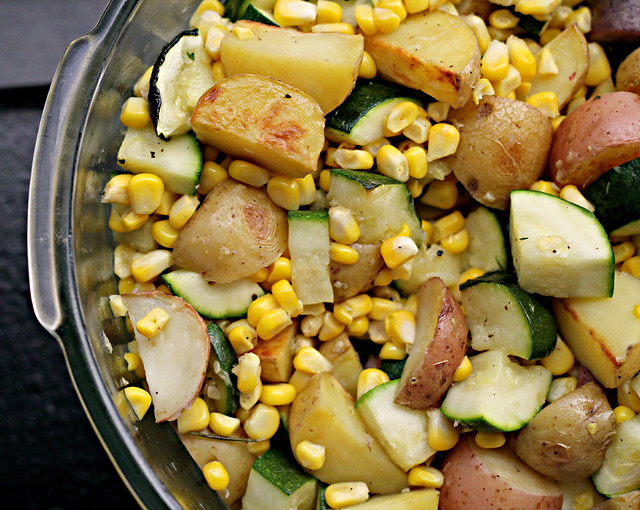 DISCLOSURE – I received these Tortilla Land tortillas for free, however my thoughts and opinions on their deliciousness are all my own! 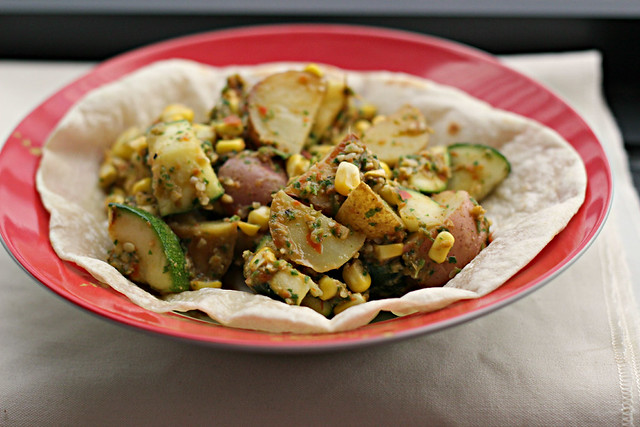