A tender gingerbread spice cake is infused with maple flavor in the form of the maple caramel sauce and maple pecans, and covered in a brown sugar frosting. 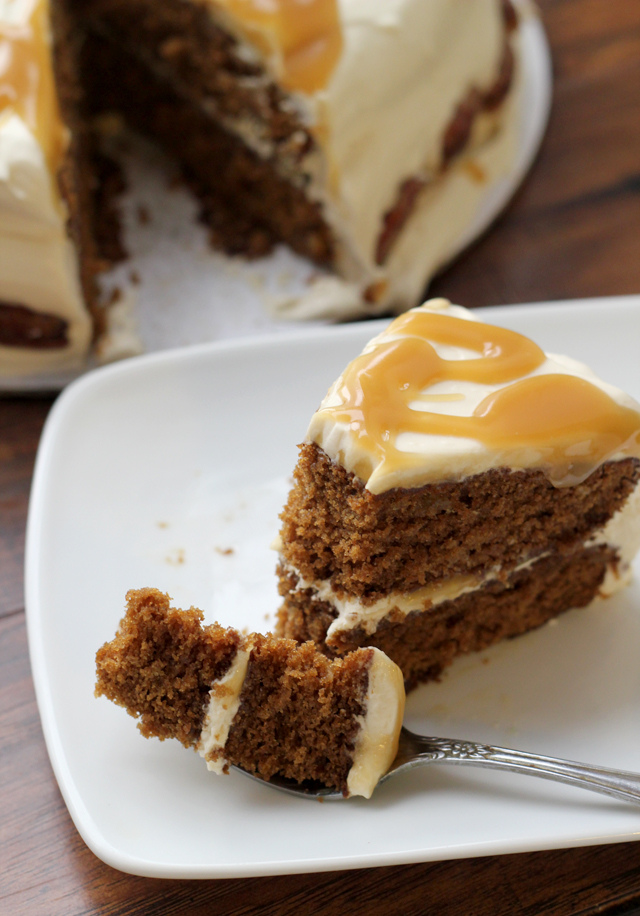 But trust me, in a few weeks you will be SO.PIE’D.OUT (mainly because I am going to shove them in your face in full force starting very soon) and then you’ll be all like, “Remember those days when Joanne made cake? That was nice.” 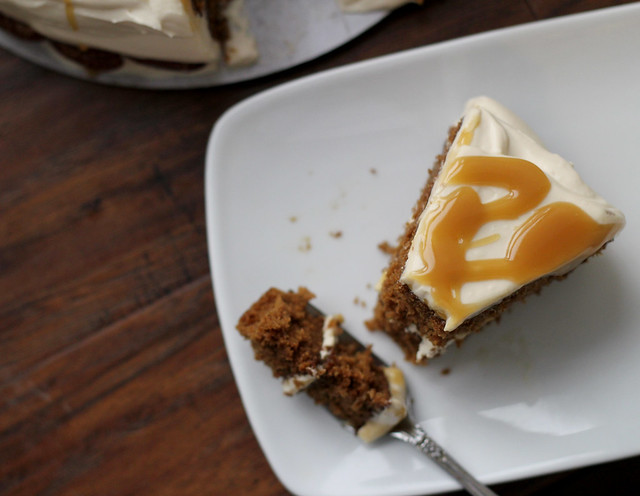 Actually, I did make a pie last weekend. You know, the day before I was supposed to run 26.2 miles. Because that’s what normal people do.

Spend their pre-marathon 24 hours mired in butter and flour and apples. (And bourbon!)

But…I gave it to my brother. (Without tasting it or snapping a single photo. #FoodBloggerFail) Because he has been calling me almost every week for the past month not-so-subtly-hinting that he would really like to eat pie for breakfast throughout all of November thankyouverymuch. 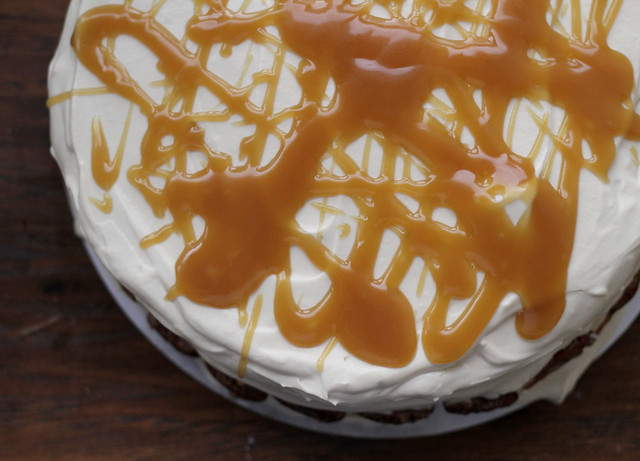 So he whisked the pie away with him all the way down to his new apartment in lower lower lower Manhattan.

So going there on a whim to stick a fork in his (my?) pie and snag a few photos when I could barely walk until Tuesday and still can’t really figure out this whole walking down stairs thing…seemed excessive. So no pie. (Yet.) 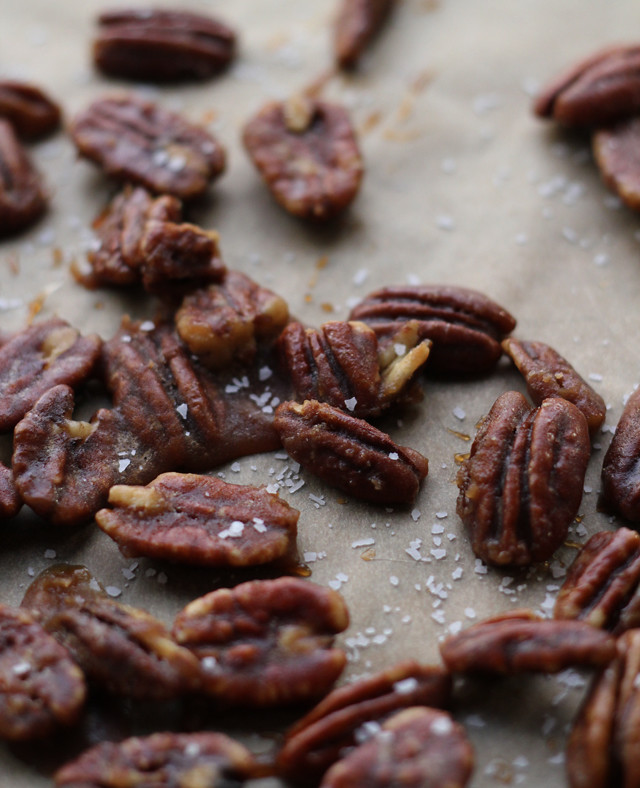 And not just any cake but THIS cake that is so stuffed up with maple flavor in every nook and cranny and crevice that it can’t fail to make you happy. It’s a little different from most other gingerbread cakes because it uses Chinese five spice powder instead of loads of ginger, leaving it with a very hefty star anise flavor profile. Which I love, but some people do not. So use with caution or change it up if you’re not that into it!

Then it’s smothered in tangy sweet brown sugar creme fraiche whipped cream frosting, the most delicious maple syrup caramel I ever did  taste, and maple pecans which are pretty much heaven.on.earth.

So after all that, I’d pretty much say LONG LIVE CAKE. 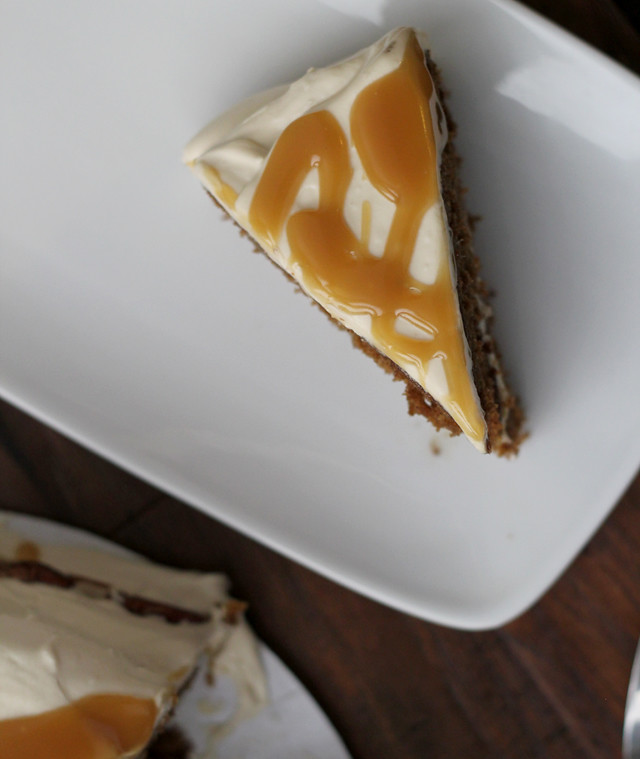 Print
A tender gingerbread spice cake is infused with maple flavor in the form of the maple caramel sauce and maple pecans, and covered in a brown sugar frosting.
Yield: A 9-inch double layer cake
Ingredients
For the maple-coated pecans
For the salted maple caramel sauce
For the cake
For the frosting
Instructions
Notes
Adapted from Bon Appetit 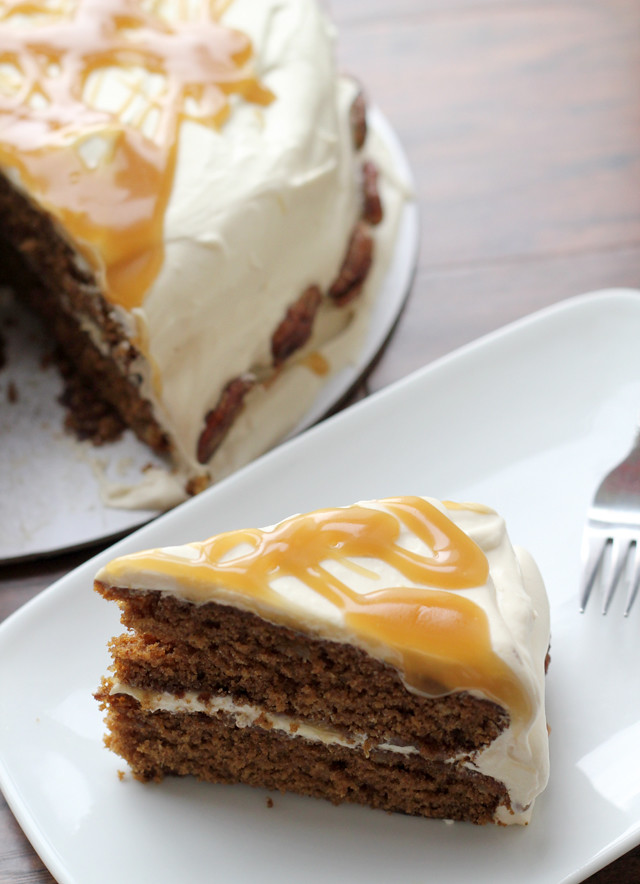