Aloo gobi is a richly spiced traditional Indian dish, made with a mixture of tomatoes, potatoes, and cauliflower. 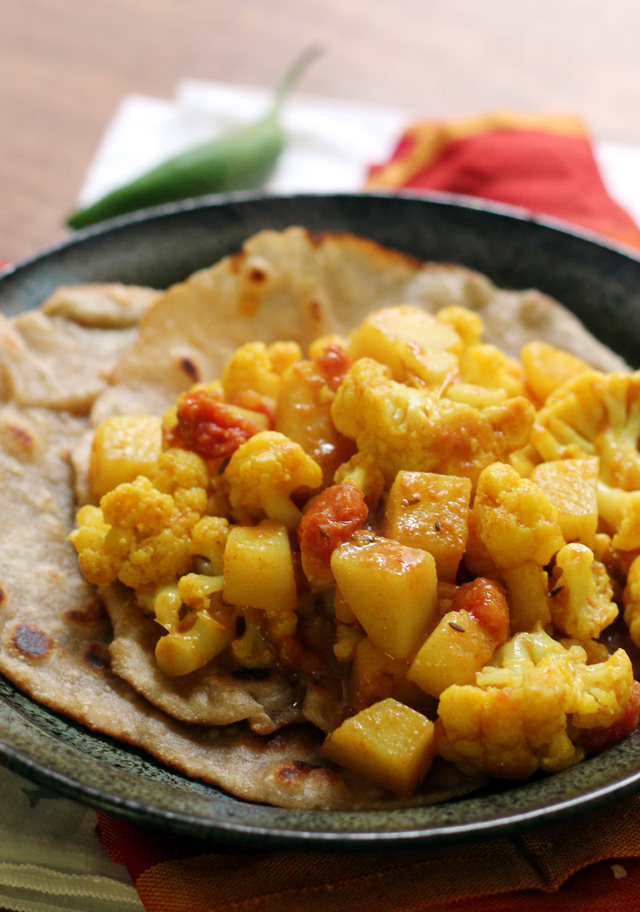 Did you know that I was Indian in a past life? 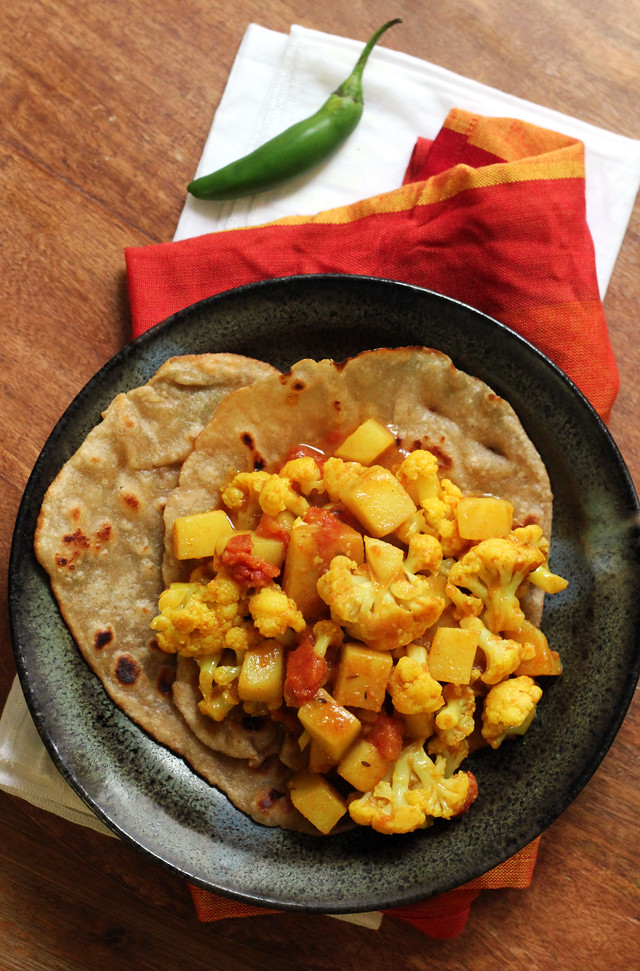 I mean, there is no scientific proof to support this….other than my unwavering certainty. 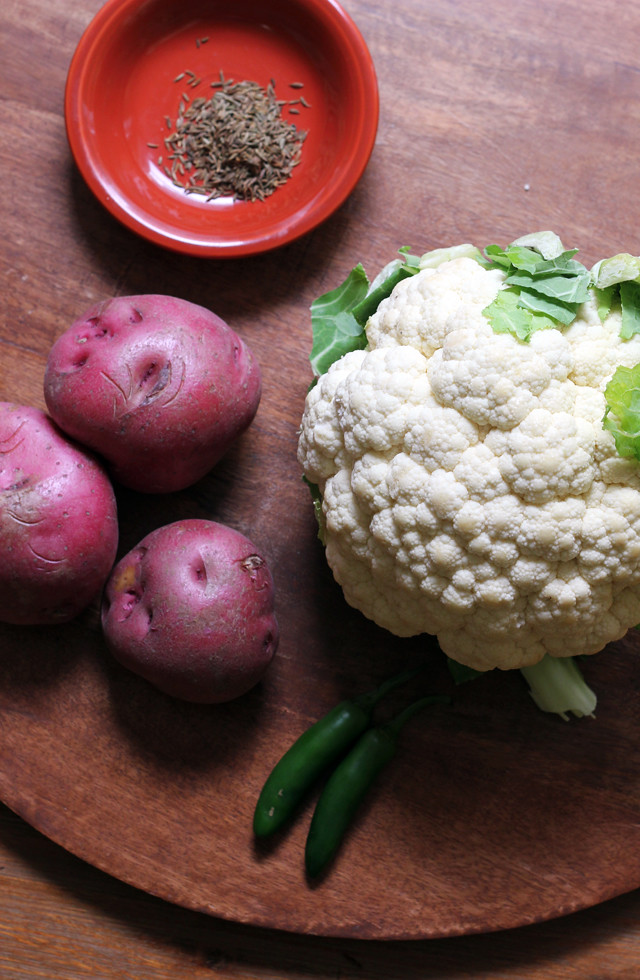 It’s also become increasingly apparent that I have what can only be described as a curry tooth.

I can’t go more than a week without it. It’s bad.

Except, it’s so good. 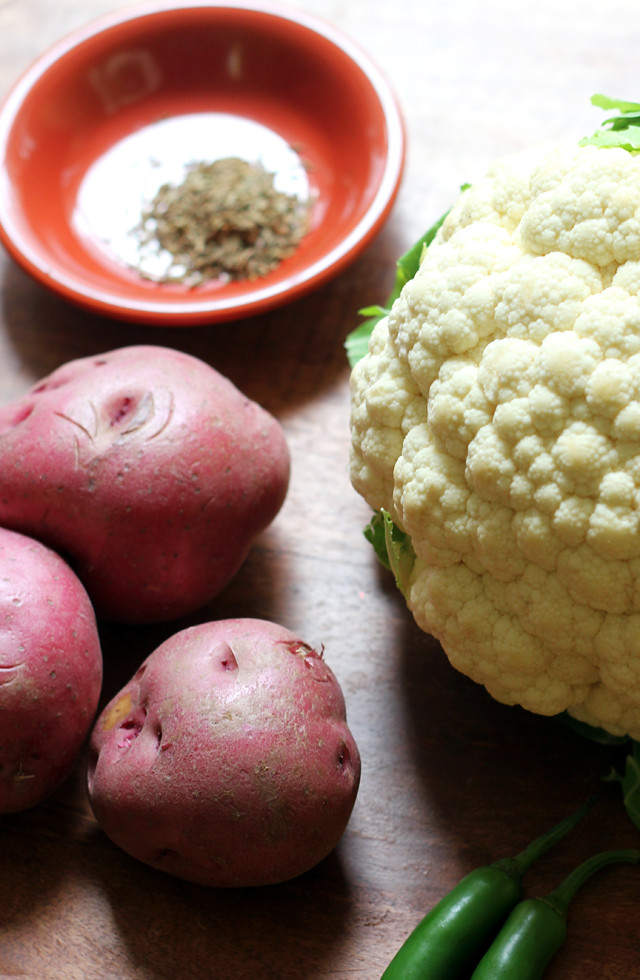 You might remember me mentioning that one of my New Year’s resolutions was to COOK MORE INDIAN FOOD. And though I haven’t mentioned it much on here, I’ve been doing it! So far we’ve had chole and mattar paneer and more fried dough than I care to admit AAANNNNDDD this aloo gobi.

If you’ve been to any Indian restaurant ever, you’ve probably seen aloo gobi on the menu. It’s essentially a vegetarian tomato-based curry made with potatoes and cauliflower, that gets it’s rich flavor from ALL THE SPICE. Now I know that ALL THE SPICE is exactly what makes most people shy away from Indian cooking, but once you stock up on a few essentials you can pretty much make just about any Indian dish. I think the only ingredient in this that you really can’t find in normal supermarkets is the asafetida, and for that you can either buy it online (Kalustyan’s is my favorite) or seek out an Indian market in your area. I think there’s also this preconceived notion that Indian food takes forever to cook, but I’m pretty sure I made this in under an hour. We can so do this. 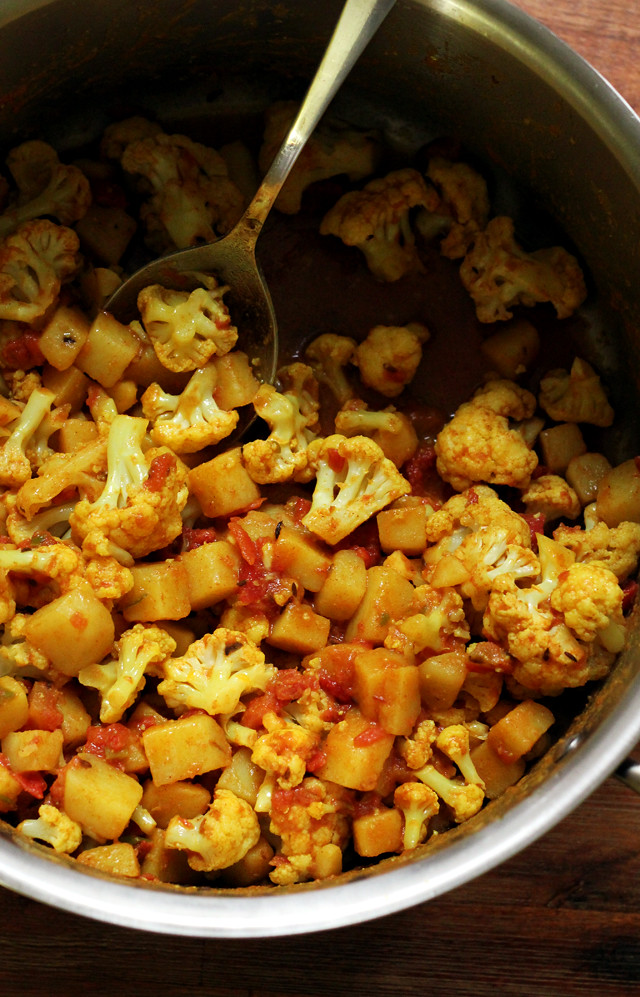 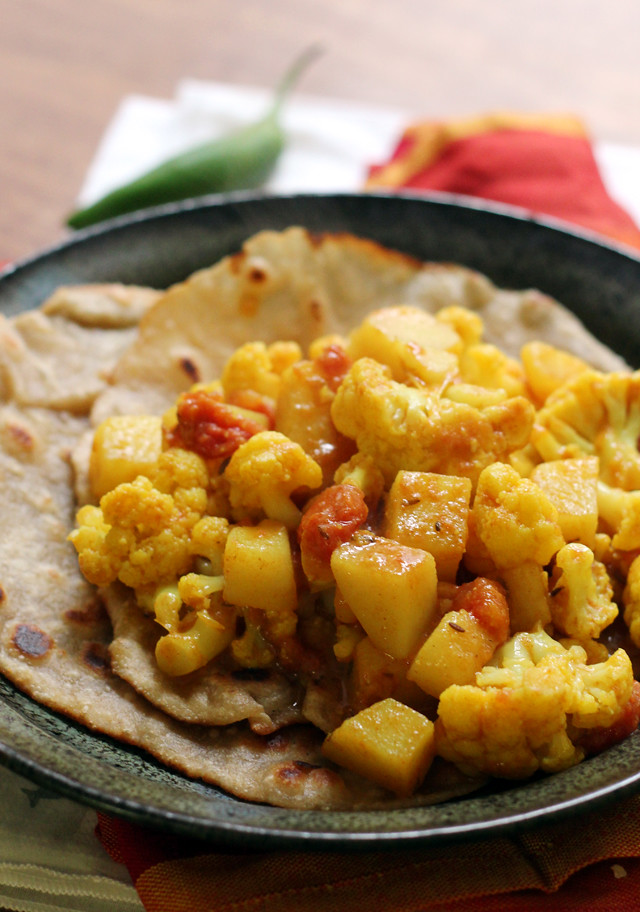 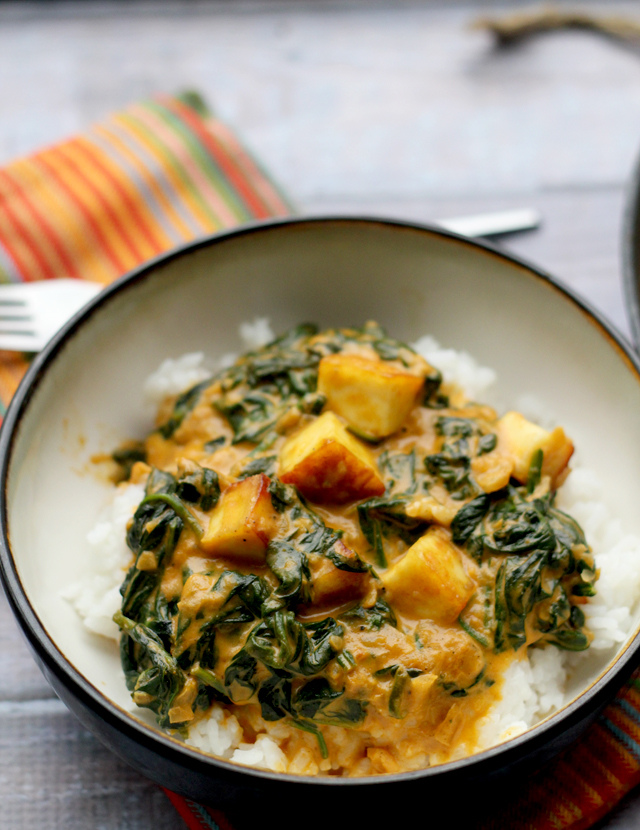 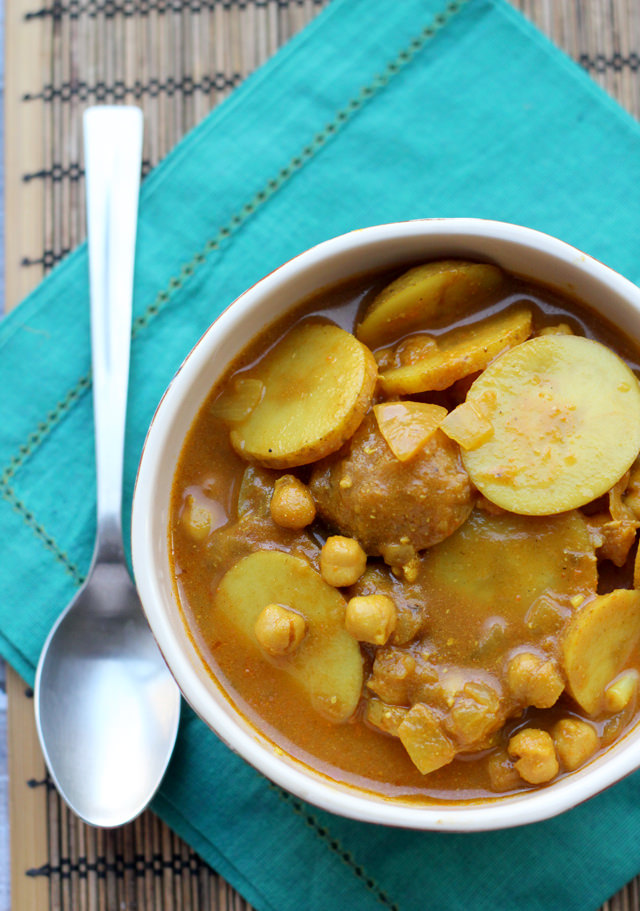 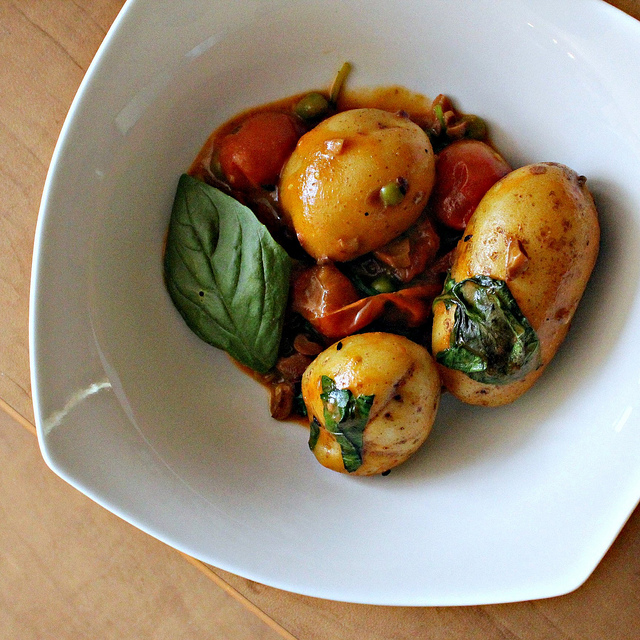 Cauliflower and Yellow Lentil Curry from Pinch of Yum

Eggplant and Chickpea Coconut Curry from The Flourishing Foodie

Cauliflower, Kale, and Chickpea Curry Pot from The First Mess

Mutter Paneer from To Food With Love 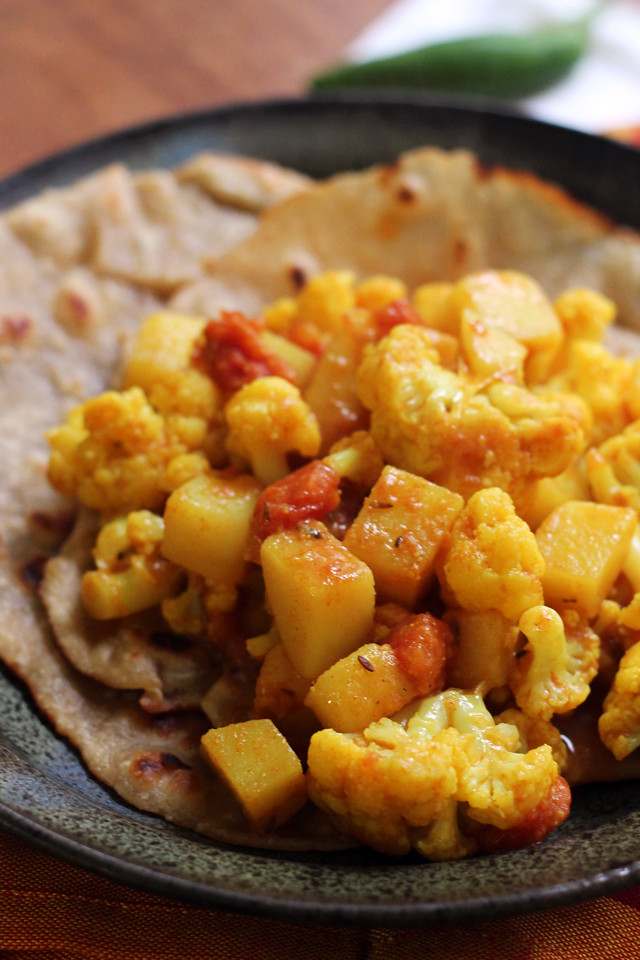