Sprinkle cookies get a cinnamon sugar twist in these Soft and Chewy Snickerdoodle Sprinkle Cookies! There’s a bit of fun in every bite. 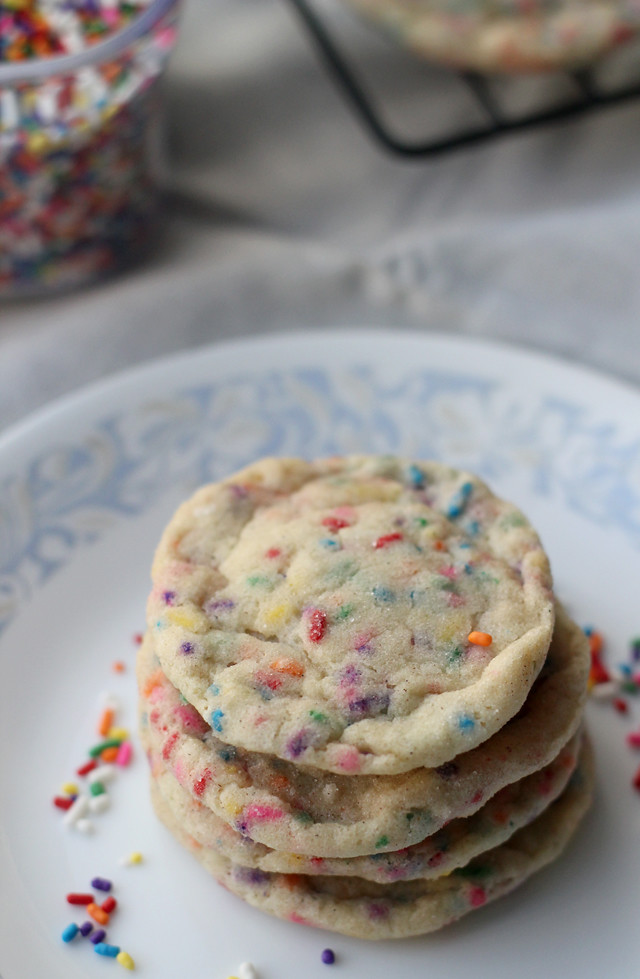 You know, real life where we buy our sprinkles on Amazon because we are too lazy to go to the supermarket.

But then when we get them in the mail it’s like Christmas in February!

And what could be better? You know, other than a 70F degree day in February. 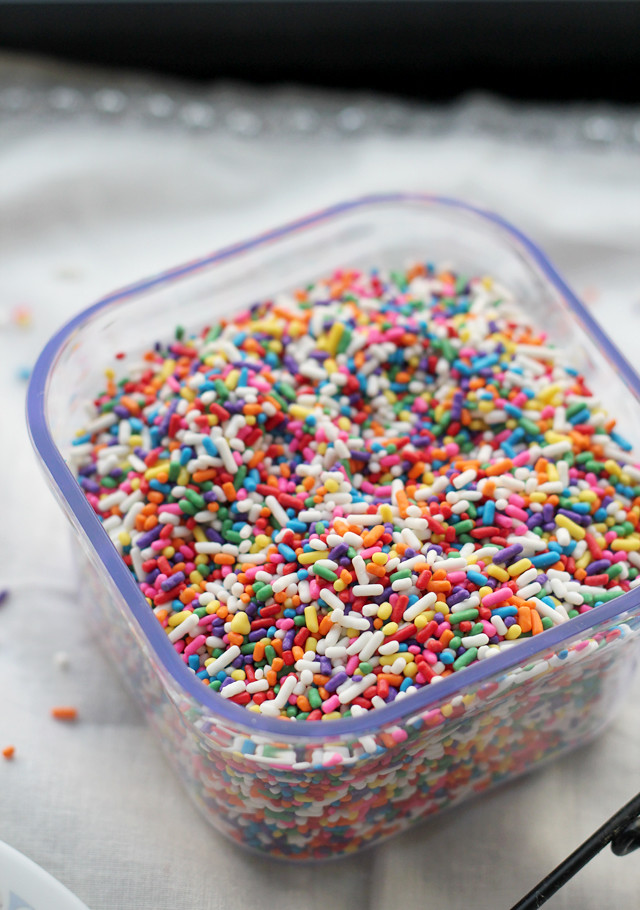 The.Boy, apparently, does not have rainbow-sprinkle loving dreams because when I tried to send him off to his friends’ Superbowl party with these in tow, he was all embarrassed. As if, all of the sudden, sprinkles were too “girly” for him.

But then he also didn’t want to leave them home alone with me (perhaps out of fear I would eat all of them in the midst of a Kardashian-overdose-induced-haze)? It was very confusing.

Eventually I convinced him that his friends would not think he had two X chromosomes just for bringing the best sugar cookies on earth with him, rainbow sprinkles notwithstanding. 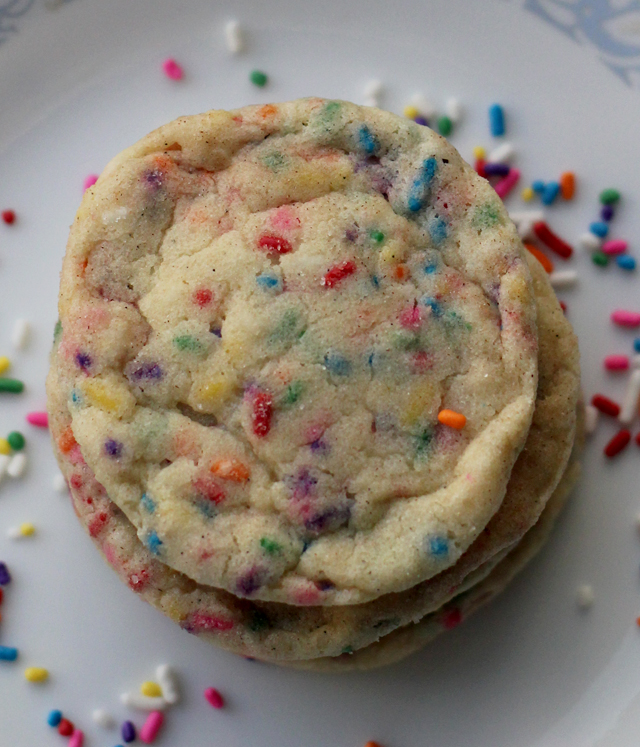 One of my new favorite lifehacks is to just leave a bowl of cinnamon sugar on the counter. It’s amazing the things it can be mixed into.

So far ice cream, a near-perfect breakfast pastry that I’m going to share with you tomorrow, a spoon headed straight for my mouth…

…and these cookies even took a bath in it. 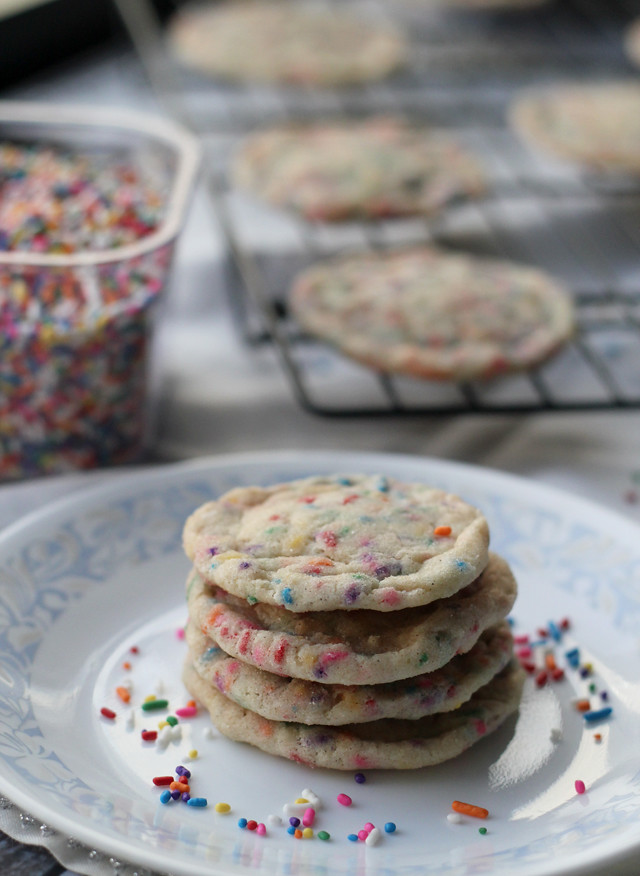 I snagged a few of these from the.boy before he left…one for me and a handful for my Leftovers Club partner this month!

This month I was paired with Marie of Little Kitchie and she seriously sent me THE BEST BLONDIES. Like, ever.

If you like receiving/sending baked goods then you should definitely look into signing up for The Leftovers Club next month! It’s pretty super. 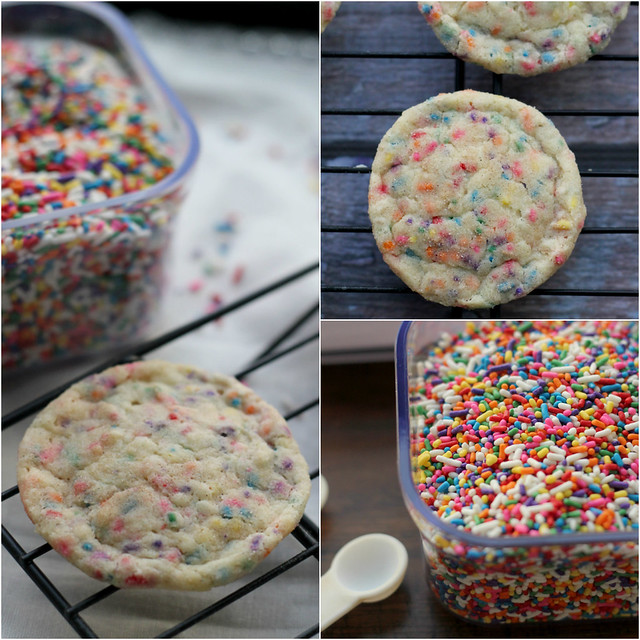 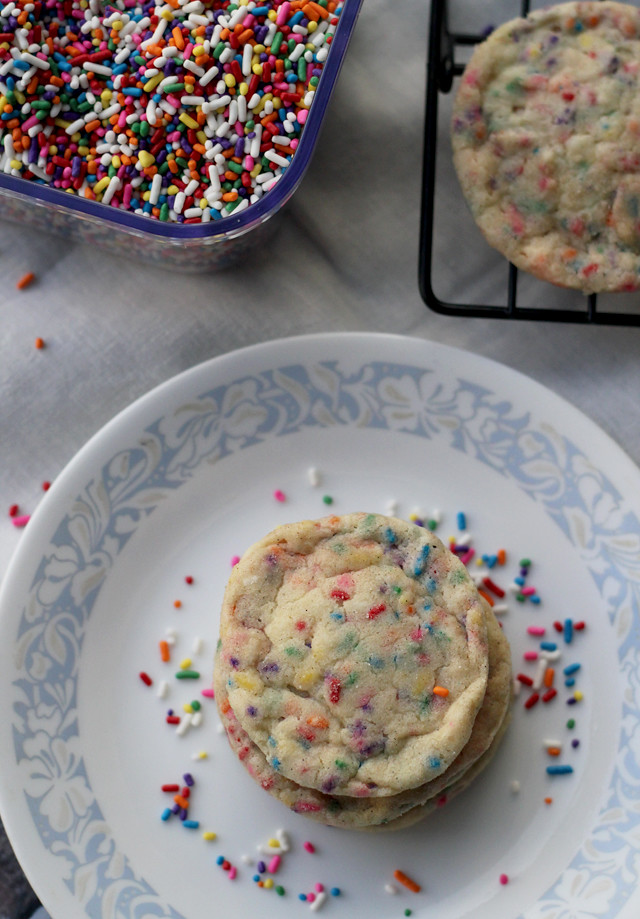