Pumpkin spice cheesecake bars filled with the flavors and spices of fall…you won’t be able to have just one! 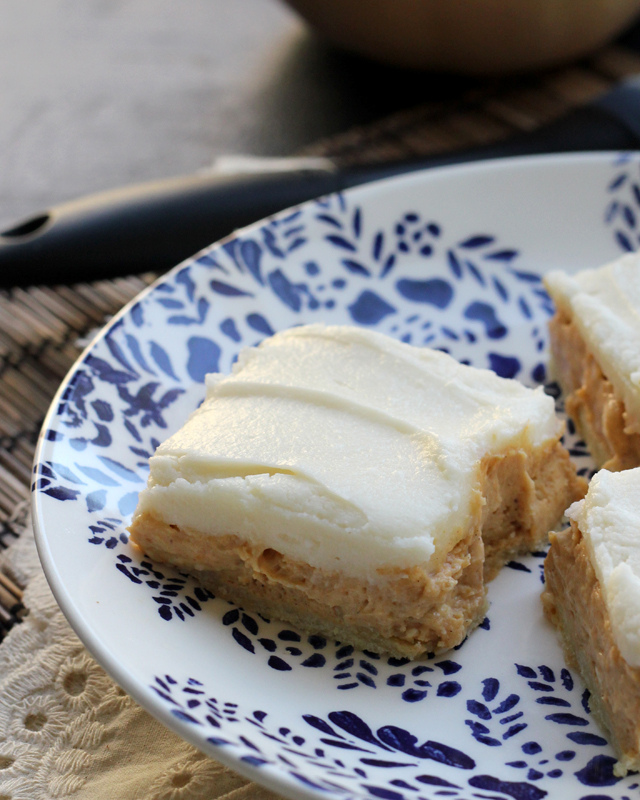 Last night, at the gym, I sneezed.

This might seem not quite momentous to you, but I sneezed while standing on one foot and did not lose my balance. Like, not even a quiver.

Given that I did probably five failed experiments yesterday. It was kind of a big deal. 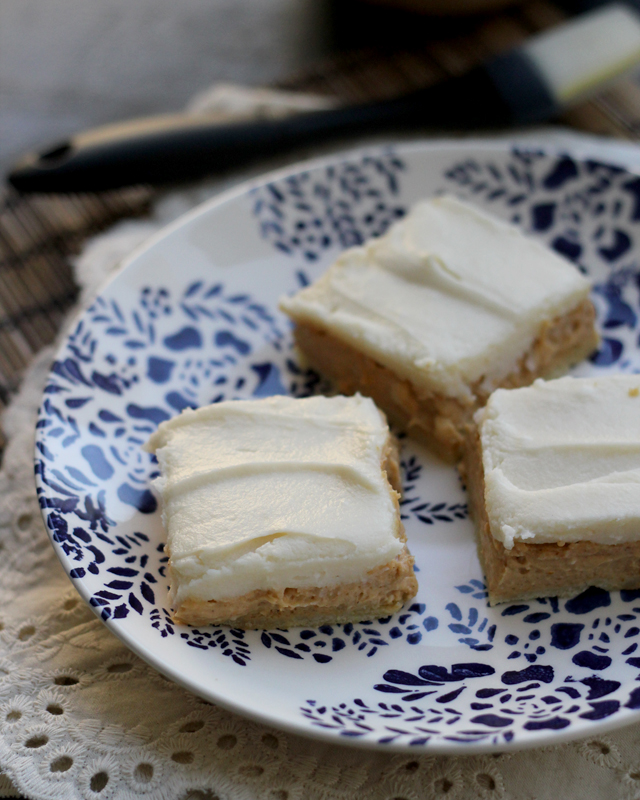 And then my brother called to tell me that he closed on an apartment. In Manhattan.

All of a sudden, my core stability did not seem so brag-worthy in the grand scheme of things.

How grateful was I to have these bars in the fridge when I got home? And how many did I eat?

Let’s not talk about it.

Except to say that you should forget all other pumpkin cheesecakes (except maybe this one) and just make these bars instead. Not only is it way easier to bake up a cheesecake bar than it is an actual cheesecake. But…you get to cover these in cream cheese frosting. On top of the layer of pumpkin spice cheesecake heaven.

I also want to mention that these pumpkin cheesecake bars were made in honor of the OXO Cookies for Kids’ Cancer campaign! For every blog post submitted during the month of September, OXO will be donating $100 to the cause, up to $100,000. In ADDITION (and here’s where you can help out!), for every specially marked item sold, OXO will donate 25 cents in support of pediatric cancer research as part of its $100,000 pledge to Cookies for Kids’ Cancer. Here’s a list of OXO baking products that will be stickered!

And here’s where you can find OXO and Cookies for Kids’ Cancer on social media:

Disclosure – I received some OXO kitchen tools for free but was not otherwise compensated for this post. My thoughts and opinions are my own! 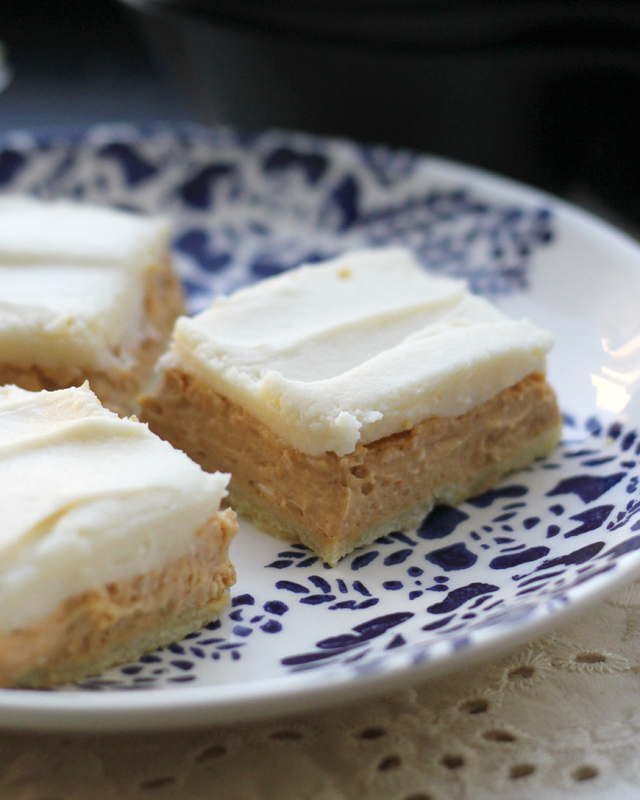 Print
Pumpkin spice cheesecake bars filled with the flavors and spices of fall...you won't be able to have just one!
Yield: 24 bars
Ingredients
For the sweet pastry dough
For the pumpkin cheesecake filling
For the cream cheese frosting
Instructions
Notes
Adapted from Baked Elements 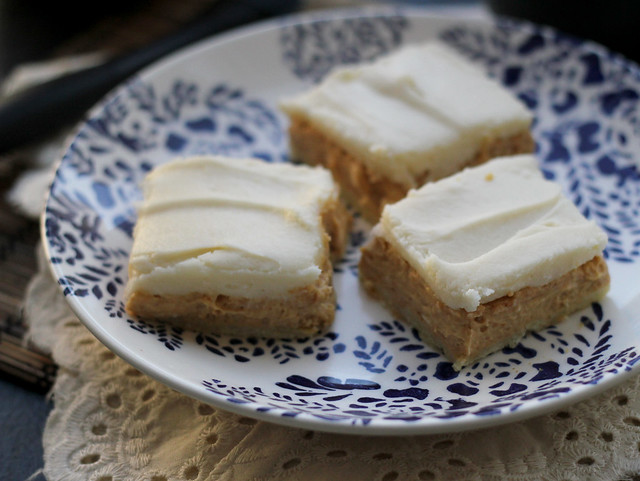 Now can we talk about something else that’s been consumed in my life way more than I’d care to be honest about? 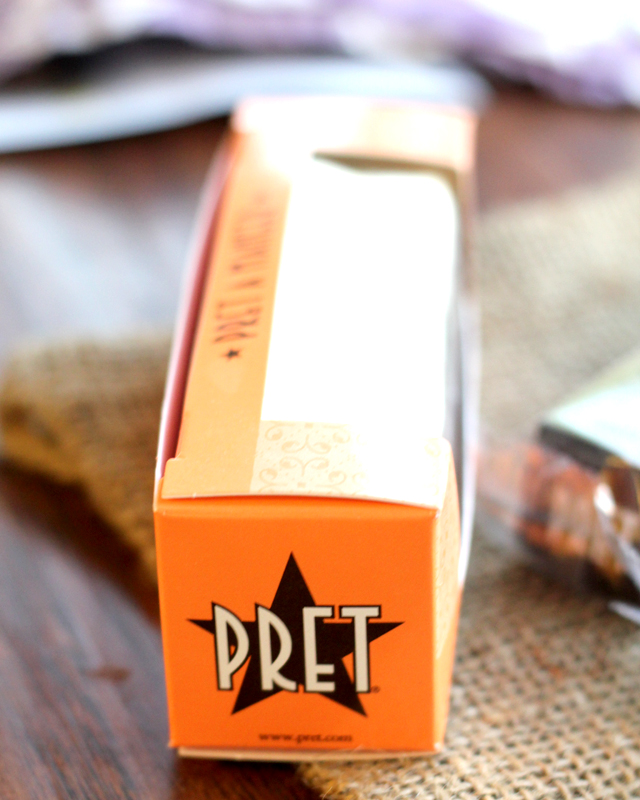 Pret A Manger’s new line of DESSERTS. Now available in ALL US STORES.

And did I mention that they are totally devoid of all obscure chemicals, weirdo additives, and unseemly preservatives, as per the Pret mission statement?

Along with being UTTERLY DELICIOUS. 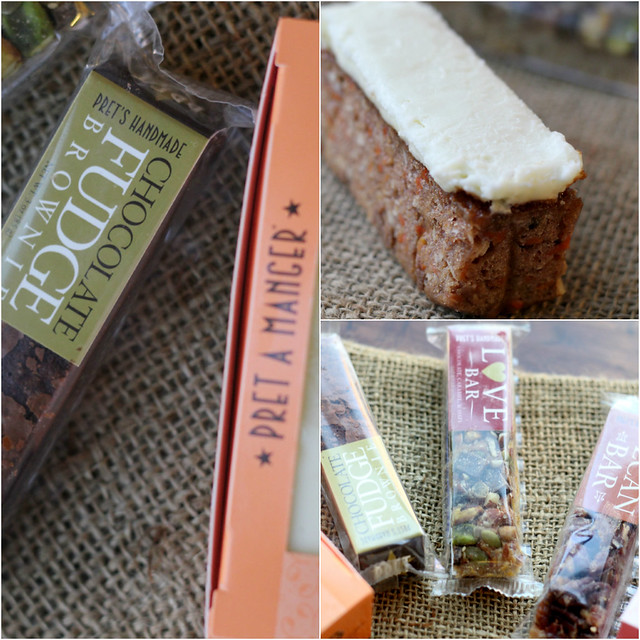 I was lucky enough to be sent a few of their new treats to try.

Was it love at first bite? (Of…all of them. In one afternoon. No comment.) I’ll let the photos below speak for themselves. 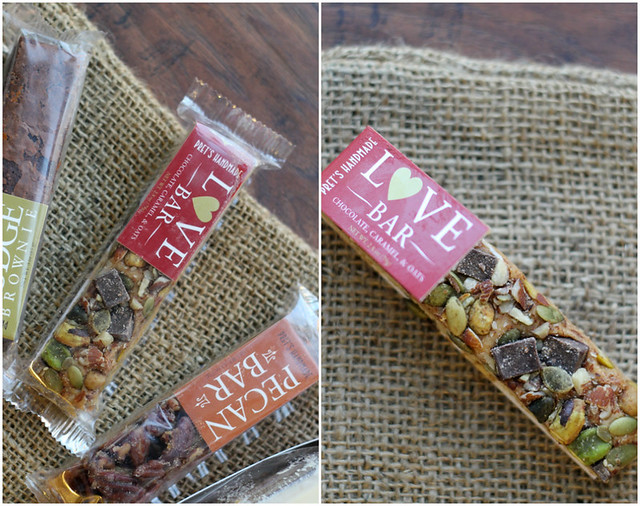 But seriously, the pecan bar was like pecan pie on a stick – buttery caramelly delicious, the love bar was like a granola bar but delicious, the brownies were totally fudgy and ridiculously rich, and the cakes were simple yet decadently smothered in cream cheese frosting.

If you find yourself near a Pret in the near future I would highly recommend picking one of these up! 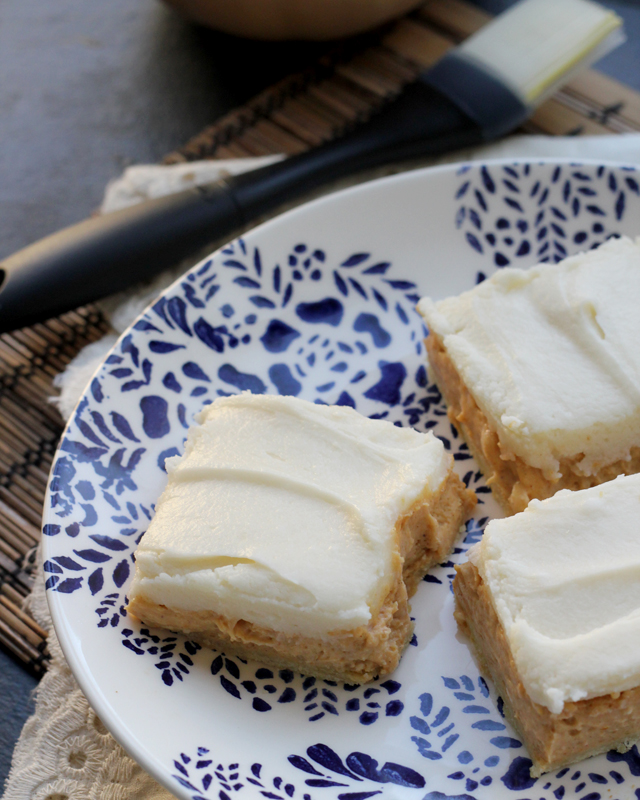