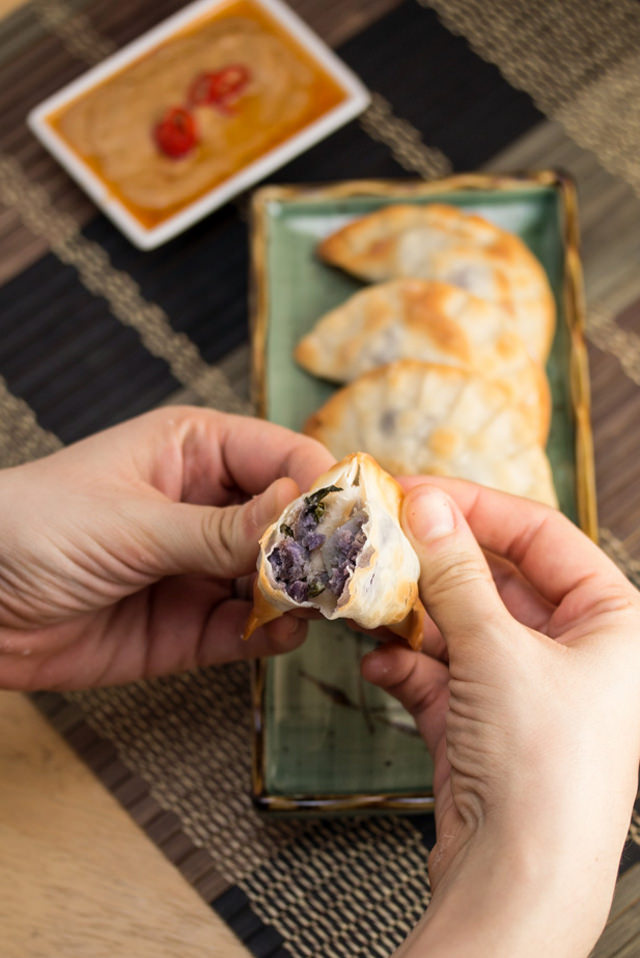 Because you didn’t think that I would eat a meal that consisted solely of carbs, oil, cheese, and nutella, did you?!

*GASP* I have standards.

Also, I really like my coronary arteries. So there’s that. 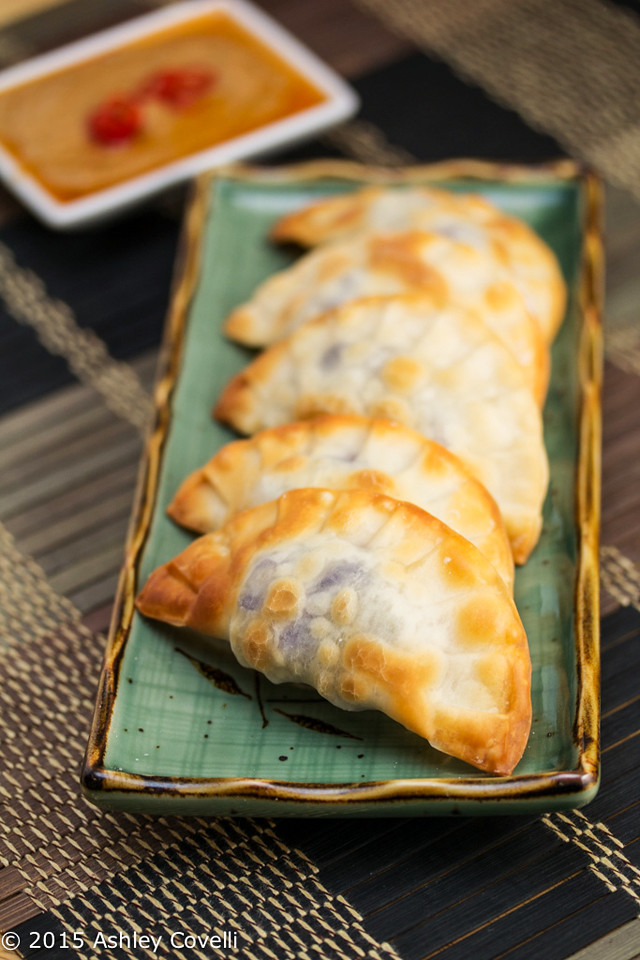 Thankfully Ashley has a similar eating ethos, so when we were planning our #Dumplingpalooza menu, we unanimously agreed that at least one dumpling had to be totally virtuous: veggie-stuffed, baked, preferably with a leafy green or two…and sweet potatoes. Obviously. (I mean, look who you’re talking to.)

We couldn’t just go with your regular orange variety, though, because HOW PREDICTABLE. So instead, we pretty much used everything but, which included purple yams and white oriental sweet potatoes. With some choy sum (a distant, leafier relative of Chinese broccoli) thrown in for good measure.

These may have been baked, but they still had just as much crunch as their fried buddies…but healthier. The filling was a perfect mix of sweet and earthy, and I felt like its fresh flavors did a good job of balancing out the heavier dumplings. Of all the dumplings that we made, though, these were the ones that I felt really needed a dip to bring all of the filling flavors together and our homemade peanut sauce, with it’s slightly sweet nuttiness and hint of spice, did just that. 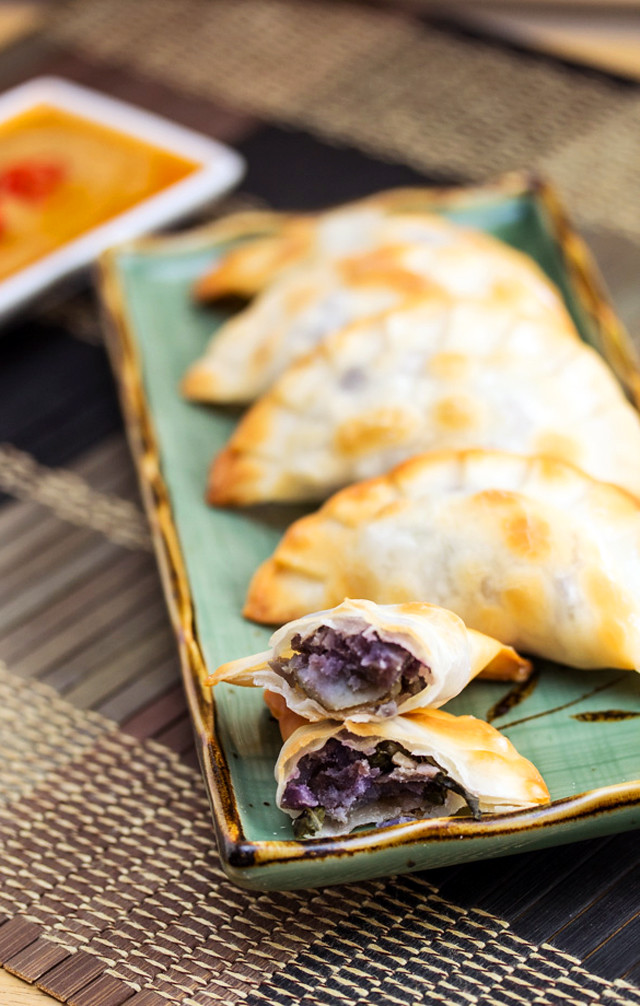 Ashley and I had actually intended to make a fourth dumpling filled with even more veggies and lots of crunch but, um, we got lazy and so we turned that filling into an awesome Triple Crunch Asian Salad! Filled with watermelon radishes, water chestnuts, and the choy sum stems, and dressed in a light citrus sesame vinaigrette, it was the perfect light bite in the midst of all of this dumpling mania. Check out the recipe on Ashley’s blog! 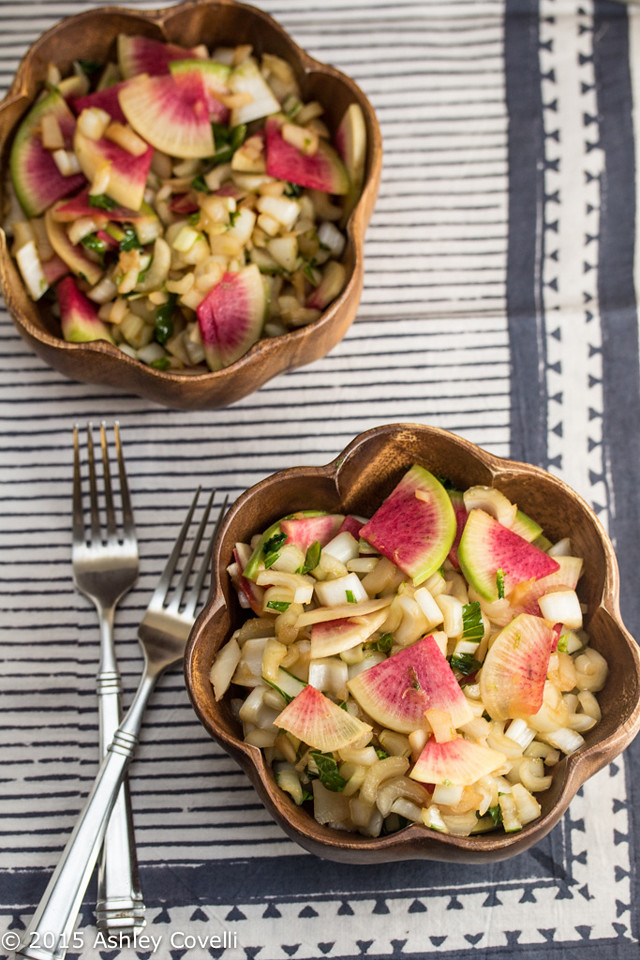 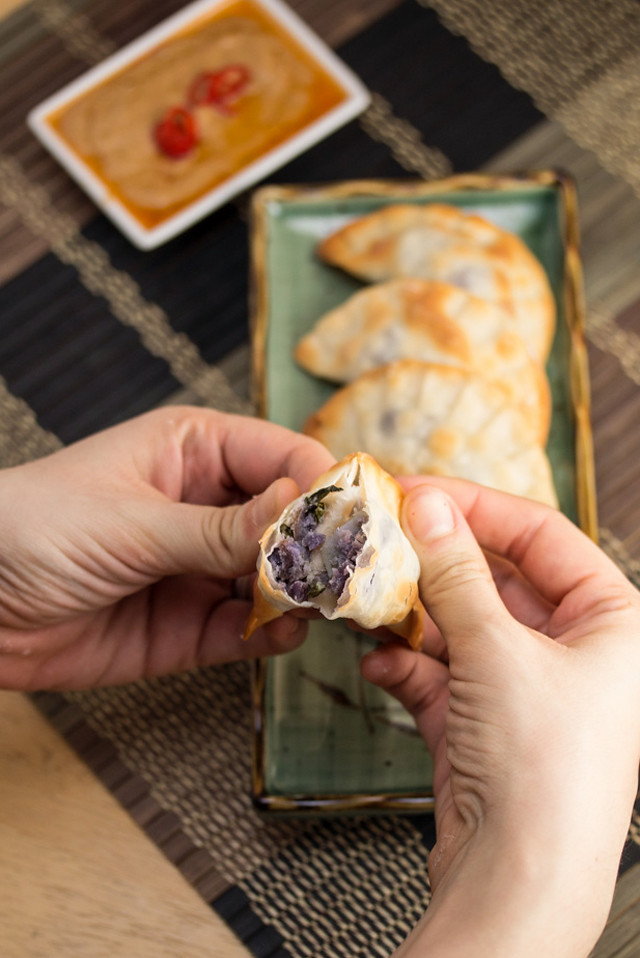 More recipes to get your Asian food fix! 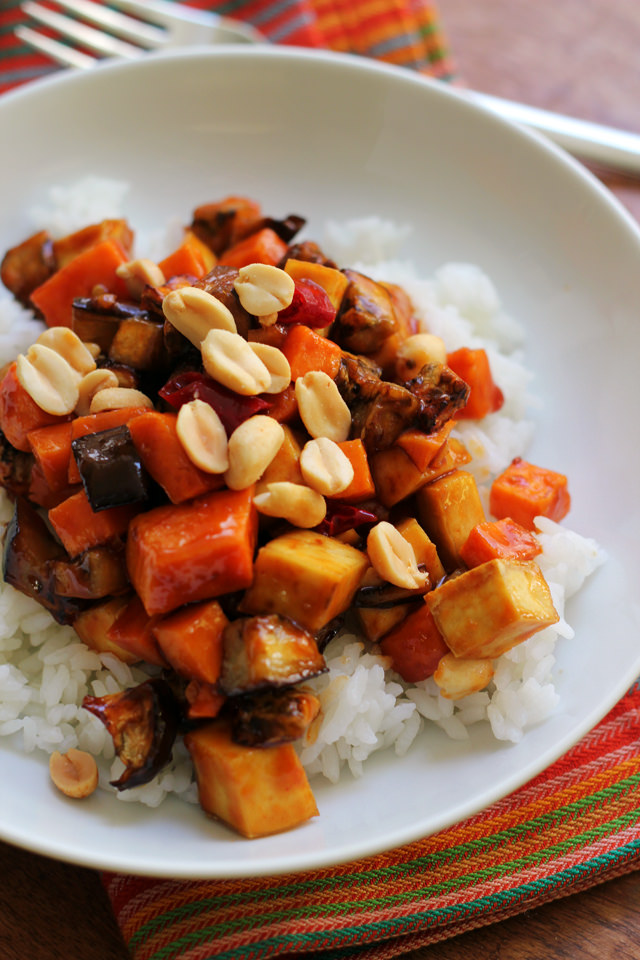 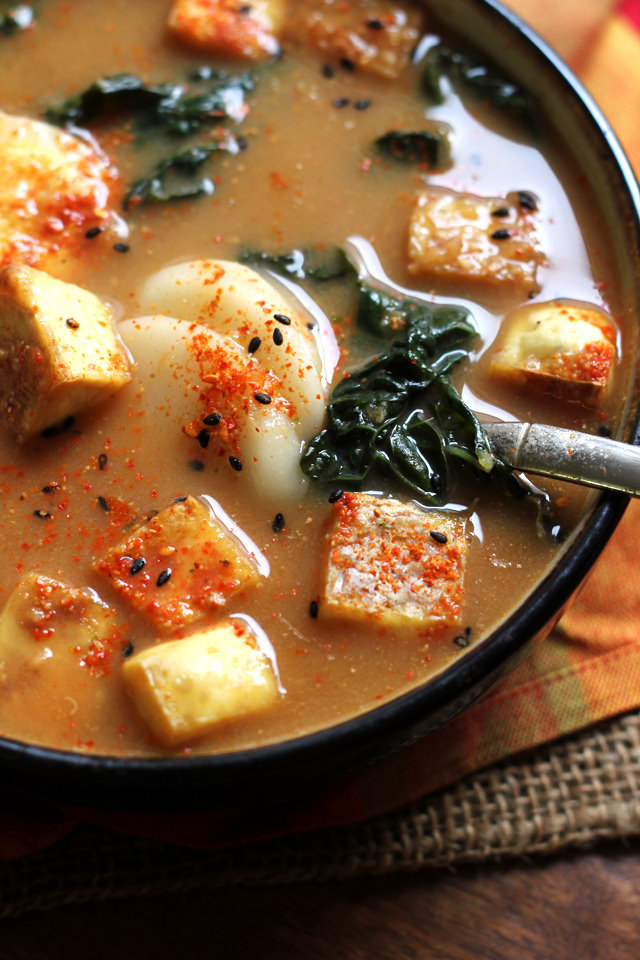 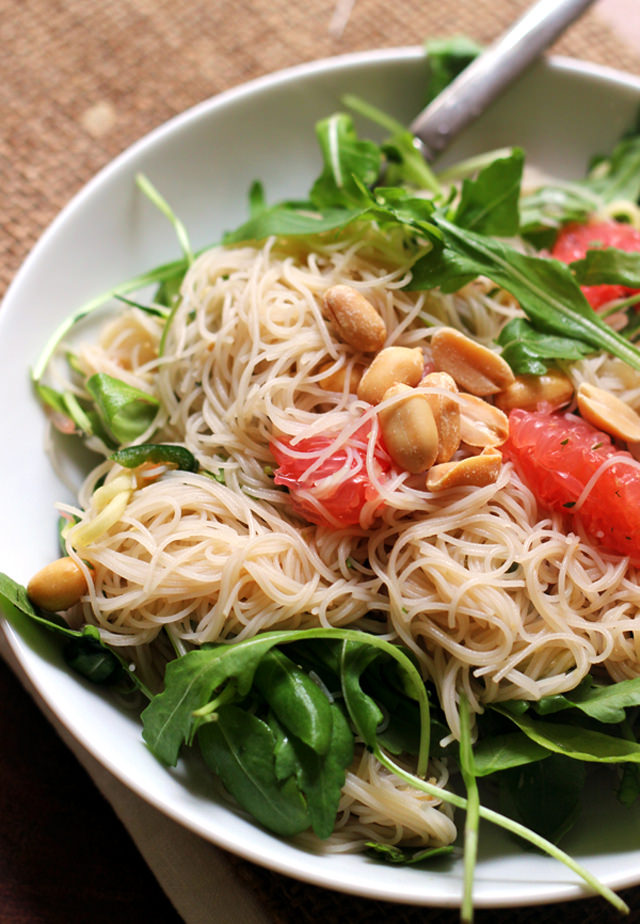 Ginger, Citrus and Black Sesame Carrots with Edamame from The First Mess